US RV shipments expected to jump by near 20% this year 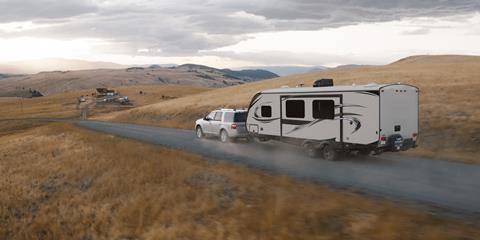 According to the organisation’s 2021 forecast, prepared in cooperation with ITR Economics, total wholesale RV shipments for the year are expected to range between 490,300 to 515,400 units, with the most likely model suggesting sales of 502,582 units by the end of December. That figure would represent an 18.7% increase over 2020 shipment totals, which themselves marked a 4.3% year-over-year gain above the 406,700 units shipped in 2019, in spite of a near two-month manufacturing shutdown related to the Covid-19 pandemic.

“The RV industry is on track to break half-a-million RV shipments in 2021 for only the second time in its history,” said RVIA president, Craig Kirby.

Kirby, who succeeded Frank Hugelmeyer as RVIA president in October 2019, said that confidence in the 2021 forecast is high as a result of recent successes in attracting first-time buyers. “The number of first-time buyers has absolutely skyrocketed this year,” he said. “I would say that we’re seeing anywhere from 55% to 70% of RV purchases being made by first-time buyers. We conducted a consumer survey and we found that more than 46m Americans plan to go on a RV vacation within the next 12 months. Our country’s population is 335m, so that is an enormous proportion.”

The RV industry’s Go RVing consumer outreach program, similar to NMMA’s Discover Boating initiative, recently announced that its “Go On A Real Vacation” campaign which ran in the autumn of 2020 achieved more than 1 billion impressions across all media platforms, including high-profile spots on national television during major sports events. It, along with additional initiatives run earlier in the year, is credited with driving consumer interest and contributing to the number of first-time purchasers.

Kirby added that the growing numbers of buyers are facing a seller’s market, as RV production in the US continues to lag behind demand. The result is a comparatively sparse inventory pipeline, which further supports RVIA’s projections for a spike in wholesale shipments.

“The current pipeline is very lean,” notes Kirby. “Even if there were no sales tomorrow, the dealers would still need to buy a lot of units just to restock their lots. At the same time, there’s no question that the industry is still experiencing some pandemic-related supply chain issues while sales have been very strong, so that hot market has made it even harder for everyone to keep up.”