Makings of a Merger: Xantrex & MCE discover an ideal fit

When Mission Critical Electronics (MCE) acquired Canadian electrical equipment maker Xantrex in early December, the unease and apprehension that typically comes hand-in-hand with new ownership was conspicuously absent. To the contrary, employees at the Burnaby, British Columbia-based manufacturer of battery chargers, inverters, and other power electronic products embraced the news with a newfound sense of anticipation, excitement and opportunity. 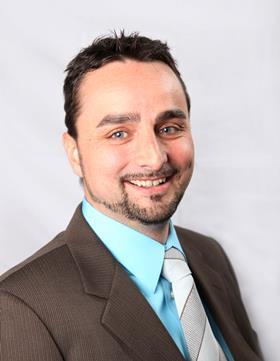 It’s not that Xantrex fared badly under its former owners, the French energy management giant Schneider Electric SE. As a multinational conglomerate serving a wide range of industries, Schneider afforded Xantrex important benefits, the least of which being financial stability through uncertain times. But as a non-core business operating within a massive corporate enterprise, Xantrex was never the subject of significant investment or resource allocation. The company got fed, but it was never truly wined and dined.

“Schneider invested in the business to keep it going, to develop new products and support our customers, but without a focused commitment to growing it in any kind of significant way,” says Richard Gaudet, Xantrex vice president and general manager. “Being a part of a big company like Schneider means you’re always going to be financially backed with strong stability; however, the first place that they’re going to invest big money is in their core businesses, obviously, and that just wasn’t us.”

Xantrex got fed, but it was never truly wined and dined.

Faced with that reality yet still looking to accelerate growth, Xantrex identified companies that it felt it could partner with, and began exploring possibilities. Discussions with Mission Critical Electronics quickly revealed tremendous synergies between the two firms, and led to a strong mutual interest in working together. But rather than a partnership, those conversations culminated in Mission Critical Electronics acquiring the Xantrex business from Schneider in early December.

Based in Huntington Beach, California, MCE – like Xantrex – manufactures a broad range of electrical power equipment. But where Xantrex concentrates on the recreational marine, recreational vehicle, commercial vehicle and heavy-duty truck markets, MCE focuses on commercial marine, emergency vehicles, railway, industrial trucks and portable power segments, representing complementary rather than competing operations to the Xantrex business. In terms of product range, supply chain and distribution channels, overlap between the companies was minimal.

Xantrex will operate as a core business unit
under MCE ownership.

“We see Xantrex as an ideal fit to what we’re already doing,” says Dale Tompkins, president of MCE’s vehicle power business. “The businesses are highly complementary, making this an acquisition that expands our ability to leverage engineering investments for new products and technology that could ultimately have applications in multiple vehicle types. It enables our OEM partners and distribution partners to benefit from an expanded portfolio of products from both companies, which will only strengthen our position in the market.” 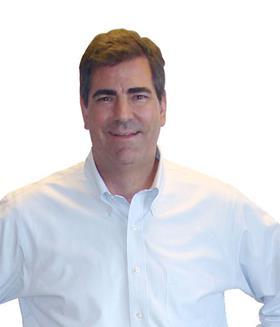 Tompkins is quick to emphasize that Xantrex will continue to operate as an autonomous business from its existing location, much like its present electrical equipment brands Kussmaul Electronics, Newmar, ASEA, American Battery Charging, and Power Products. But unlike its days under the Schneider Electric banner, Xantrex will now operate as a core business unit under MCE ownership, a position that will enable the company to focus new investment towards satisfying customers, deepening market penetration and achieving ambitious growth targets.

With more than 30 percent of MCE’s current revenues already coming from its marine business interests and a mutual desire to leverage engineering expertise, Xantrex will enjoy considerable opportunity to develop its market position. “Xantrex puts us into segments that we believe will be important drivers of growth of the future,” says Tompkins. “They have a strong sense of product development, whether it’s their origination of new products that haven’t been in the market before, to improving existing products with better performance features. Xantrex is very important to Mission Critical going forward, from the development of new products to market extensions to the channel strengths that they have. We’re going to place a big emphasis on them in our organization, there’s no doubt about that.”

More Than an Engineering Pillar

For Xantrex, being acquired by MCE represents an entirely different business proposition than what it experienced when it was purchased by Schneider Electric in 2008. “What MCE brings to Xantrex is additional funding for technology and product development. What Xantrex brings to the Mission Critical family is a tremendous amount of engineering capability,” notes Gaudet. “The British Columbia operation is going to be a mainstay and we anticipate it to be kind of a cornerstone for engineering and new product development. On the operation side of the business, we don’t have US manufacturing capabilities today, while Mission Critical does. We have tremendous strength in offshore sourcing capabilities and manufacturing infrastructure, that Mission Critical doesn’t. So there are many ways in which the Xantrex business fits as a core business element in the Mission Critical family.”

Complementary product lines and supply chains are only part of the picture – Xantrex and MCE also have complementary distribution channels. While both companies operate as OEM and aftermarket suppliers, MCE does a greater volume of business with marine OEMs, says Gaudet, where Xantrex brings a formidable aftermarket presence to the fold. “Mission Critical might be bit stronger on the commercial side than they are on the recreational side,” notes Gaudet. “We bring them access to the recreational market that they were not serving to a large extent previously, through both OEM and aftermarket channels.”

As Xantrex begins 2019 by integrating into MCE and leveraging its new resources, the big question among boatbuilders is what happens next?

It’s an interesting question for the company, which is already running full-out supporting recent product launches including a new Li-Ion battery system, a new solar charging system and a new inverter product all unveiled at IBEX. The acquisition brings an immediate opportunity to leverage MCE’s distribution channels and engage potential new OEM clients. Additional development dollars now become available for further product and technology development. And there’s an opportunity to tap relevant technology from other MCE brands. Being fully resourced means Xantrex can assign top priority to all three.

“We’re looking ahead to an exciting future,” says Gaudet. “We’re now able to pursue opportunities that previously weren’t available to us, and on every level of our business operations. And it comes at a time when we’re seeing so many incredible innovations in the marine business, so the timing of MCE’s acquisition of Xantrex couldn’t have worked out better.” 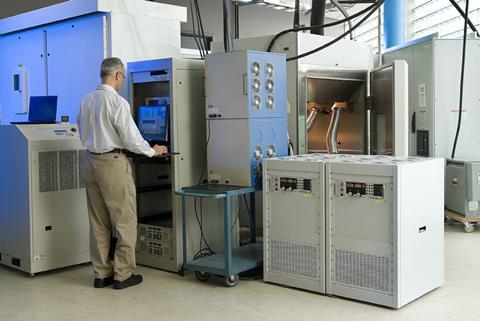 The HALT Product Test Lab at Xantrex; MCE plans to tap into and boost funding for the engineering capability Xantrex brings to the fold.