Beginning of a new era for the Italian brand 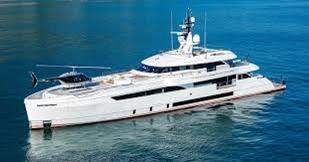 Wider Yachts, the Italian brand owned by the Hong Kong-listed Genting HK group, has been acquired by a trio of international businesses for an undisclosed price. No spokesperson was available at Genting HK to comment on the sale.

In a statement, the three companies said that the signing marked “the beginning of a new era for Wider and exciting news would be unveiled in the near future.”

Under the purchase deal, Wider will be led by Marcello Maggi, a prominent player in the nautical industry for more than 30 years, and the company will boost its leadership in ’green energy’ yachting.

“The new group of investors will contribute to accelerate the company growth and eventually list it in the stock exchange within three years,” the statement adds.

The last news from Wider was in May 2019 when the Wider 165 M/Y Cecilia picked up a World Superyacht Award in the “displacement motoryacht between 300 and 499GT – 48m and above” category. Having built the Wider 150 and Wider 165, there had been no news of further projects since the announcement of a Wider 130 being in development in 2017.

As part of the acquisition, Marcello Maggi has been appointed president and sales & marketing director, and will be based in the Monaco office. Born in Ancona, but living for more than 20 years in Monte Carlo, he has always been an ambassador of Italian shipyards, strategically developing companies like ISA, which he co-founded in 2001, and CRN.

“I am very thrilled to take this new challenge and honoured to be part of the Wider team,” says Maggi. “We are aiming to continue the leadership in hybrid motor yachting, boosting innovation and research in all the yachts to come.”

He adds: “Wider will be working in a niche segment and focusing on quality and custom-built hybrid motoryachts. One of the main reasons for proceeding with the acquisition was the incredibly high level of management team and staff, besides the extraordinary performance of the yachts in terms of comfort, noise, vibration and their eco-friendly soul.”

Under the deal, Wider will be focusing on aluminium hybrid vessels and it has concluded a license agreement with the German shipyard, Lloyd Werft, for hybrid yachts over 76m (250ft) that will be produced in Bremerhaven, confirming and consolidating the good relationship between the two brands. Lloyd Werft is owned by Genting HK and it also has superyacht build and refit capacity including the construction of the 115m (377ft) Luna.

A spokesman for Wider told IBI: “We will be staying in Ancona,” which has been its base throughout its history.

As to the other companies in the purchase deal, the Zepter Group has an extensive range of activities and markets but its name has always been associated with high standards, technological research and exclusivity.

Zepter Group owns companies such as Swisso Logical, Bioptron and Tesla Hyperlight Optics. It also had plans to develop a superyacht business dating back to 2010 or earlier and this led to the construction in Croatia of the 50m superyacht Joy Me. The plans had included developing a range of superyachts.

Completing the trio, Hopafi Holding, the investment vehicle of the Giovannetti family, controls two publicly-listed companies in Italy and Eastern Europe and holds interests in several companies related to energy and sustainability.

Wider was established about 10 years ago by former Pershing president Tilli Antonelli. The first Wider 42 was launched in 2010 and this revolutionary model was followed soon after by the Wider 32. Wider moved into superyachts with the launch in 2015 of the Wider 150, now named Bartali, and followed by the Wider 164 launched in May 2018.

Genting HK acquired Wider from the founders of the company in April 2017.