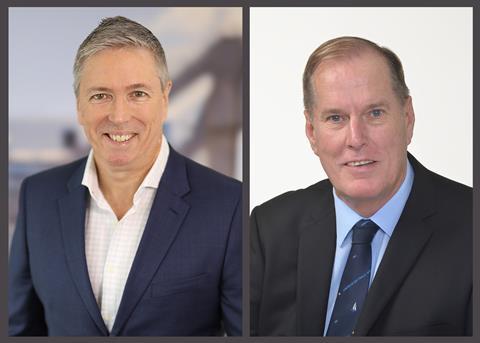 AIMEX board of directors

Kane Bygrave, director at Queensland-based Aurora Global Logistics, brings added expertise in superyachts to the board, having previously chaired Superyacht Base Brisbane from 2005 to 2007. Bygrave began his career in the logistics industry in 1987 and helped establish Aurora Global Logistics in 2001, providing logistical services and advice to the boating sector on vessels from trailer boats to superyachts.

Also joining the AIMEX board is Steve Fisher, director of international business at Queensland-based Rivergate Marina and Shipyard. Fisher, credited with developing strategies in the design and management of large yachts, was awarded the 2014 Superyacht Industry Champion of the Year award. He will focus on the board’s commercial marine group.

“The addition of these two very experienced industry members to our board reinforces our commitment to the marine industry,” said AIMEX president, Richard Chapman. “Experienced industry leaders such as Kane and Steve, along with our other established directors, provides AIMEX with outstanding guidance to achieve the best possible outcomes for the marine export, superyacht and commercial marine industries”.

The organisation notes that it hopes to add two marine export positions on the board in the near future.