Brynley East returns to the fold

Barrus says it is pleased to welcome Brynley East back to the role of Area Sales Manager for the Marine Divisions.

Following 16 years at Barrus, East has spent a year and a half at Mercury and MerCruiser dealer, MES Marine, as Workshop manager. The role has included rigging engines in addition to servicing and repairing other brands of engines within the industry. 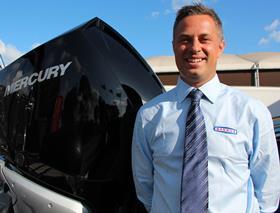 East’s experience at Barrus spanned company-wide before specialising in the Marine Divisions; first on the road as Service Engineer then a five-year stint as Area Sales Manager for the North.

East will now take up his post again as Area Sales manager in the Northern region working with industry leading brands including Mariner and Mercury outboard engines and Yanmar diesel inboard engines.

Over the past 18 months, Barrus says it has seen huge success of the new Mercury V6 and V8 engine platforms and the most recent launch of the industry’s first 450hp outboard engine.

The Marine Divisions are now focused on developing Dealer Support programmes ahead of, and leading into, next season.

“Brynley brings a great energy to the team and his enhanced industry knowledge will be a great addition to his skillset,” commented Ben Allen, General Manager for the Marine Leisure Division, E. P. Barrus Ltd.

“We’re looking forward to having him back!”