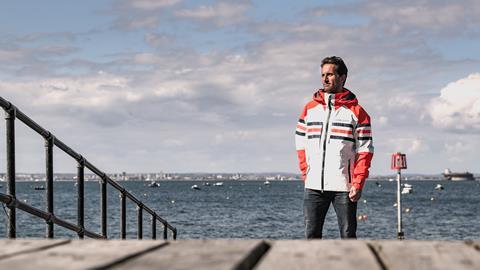 Henri Lloyd has announced that Sir Ben Ainslie CBE is to join the business serving as a Non-Executive director on the board of the Henri Lloyd Group. In addition Ainslie will become Chief Technical Advisor on product development to support the company’s mission of creating the best performance sailing clothing in the world.

Ainslie commented; “I am proud to have sailed in Henri Lloyd clothing for my entire professional career and a lot has changed over that time. However as everyone can see, the pace of change in the world of sailing is accelerating and with it the physical demands on sailors is higher than ever before. The performance requirements from our clothing has significantly transformed and will continue to do so.

”I see this as a great opportunity to be involved in a project that encourages a new way of thinking about sailing kit. In particular I’m excited about sharing some of the principles behind the way I approach sailing with the HL team and working with them to develop the next generation of performance gear.

In addition to helping the company achieve its commercial aims, one of the things that attracted me to this new relationship was Henri Lloyd’s passion for sailing and wanting to give back to the sport and encourage future generations to participate.”

Chairman and controlling shareholder Hans Eckerström explains; “We are extremely proud to have the most successful Olympic Sailor of all time and without doubt one of the most influential men in World Sailing on our team. Ben is a very modest guy off the water but there is so much to admire about his winning mentality, drive, focus on detail and his willingness to embrace new technologies – these are values that we share and want to encourage further within the new Henri Lloyd.

”We see the appointment of Ben who is currently leading the British challenge to bring the America’s Cup back to British waters as a really important step in achieving our business goals. It’s our belief that the market wants to see innovation and a different approach and we whole heartedly adopt this approach.

“At the same time, we believe that the coming together of Ben and Henri Lloyd will put us in a special position to launch practical initiatives to encourage new people to discover the joy of sailing. This is something that is close to our hearts and we feel is so important to the future of sailing”.

Henri Lloyd have announced a new initiative of DYO – Design Your Own, so that every team can look like a professional crew. Using Henri Lloyd’s wholly owned own European factory, teams can now create their own unique kit with low minimum production quantity, fast turnarounds and reasonable pricing, Henri-Lloyd claims.

Sir Ben Ainslie is the most successful Olympic sailor of all time, he has competed and medalled at five Olympic Games. At his first ever Olympic Games, aged 19, he won an Olympic silver medal and went on to establish himself as the world’s best by winning consecutive gold medals at the next four Olympic Games.

His career in sailing began at the age of eight with his family in Cornwall. By the age of sixteen Ben was Laser Radial World Champion. Then at just nineteen years old Ben won his first Olympic silver medal in the Laser Class at the Atlanta 1996 Olympic Games. Four years later, he achieved every athlete’s dream of Olympic gold at the Sydney 2000 Olympic Games.

Ben secured qualification to the Beijing 2008 Olympic Games by winning an unprecedented fifth world title, at the 2007 Finn Gold Cup in Melbourne, Australia. Despite falling ill days before his Olympic defence Ben showed his champion spirit and won his third consecutive Olympic gold medal. Following his historic Olympic achievement, Ben had the honour of being nominated as Team GB’s flag bearer for the London 2012 Olympic Closing Ceremony.

In January 2013 Ben was Knighted, a day he describes as ‘the proudest moment of my career’. In September 2013, Ben fulfilled one of his childhood ambitions by winning the America’s Cup with Oracle Team USA. In one of the biggest comebacks in sporting history, OTUSA fought back against all odds to claim a memorable 34th America’s Cup 9-8. Ben is now the Team Principal and Skipper of British America’s Cup; INEOS Team UK