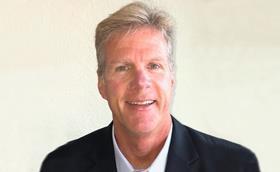 Beneteau America has named Don Smith as the group’s new outboard sales manager, succeeding David Aldrich in the role. Smith has over 30 years’ experience in sales management and retail dealership. For the last 10 years, he has worked for Regal, Hatteras and Bertram Yacht.

“I had the pleasure to work with Don in the past and his expertise, integrity and business vision will be for sure, a great asset for our future achievements in the Americas,” says Luca Brancaleon, general manager of Beneteau.

Smith, whose last position was as a sales manager at Jupiter Marine International, joins Beneteau America at an exciting time. In September, the company launched its Antares outboard Cruising line (the Antares 21, 23 and 27), followed by the Explorer line (Barracuda 21, 23 and 27) at Ft Lauderdale in October.

“After Antares in September and Barracuda at FLIBS, we look forward to revealing our Flyer range during the Miami boat show,” says Jean-Francois Lair, director of sales for Beneteau Americas. “Don is going to largely contribute to this success by bringing on board his extensive experience.”