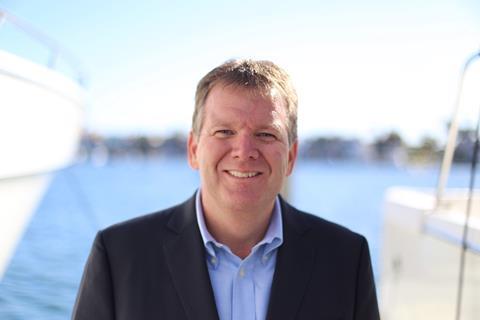 Alexander Marine USA, a family-owned and operated boat brokerage and dealership on the US west coast, has appointed Dan Mundy as its new president.

Over the years, Mundy has owned and operated multiple stores in the US state of Colorado that were later acquired by national retailer MarineMax. He has also served as regional president at MarineMax for the western United States.

During his time at MarineMax, Mundy helped grow the company to over a billion dollars in annual revenue.

“We are very pleased to have Dan on board and look forward to leveraging his expertise and track record for success in guiding AMUSA today, and for many years to come,” says Johnny Chueh, Alexander Marine’s chairman and CEO.

Founded in 1978 as Ocean Alexander, Alexander Marine USA sells new and used boats from three locations on the US west coast – two in California and one in Washington. The company is also a dealer for new Ocean Alexander, Tiara (WA), Pursuit (CA), Azimut, Carver, Galeon, Aquila, and Regal yachts.