Power boating legend Fabio Buzzi, 76, died yesterday competing in the Monte Carlo to Venice power boat race. According to BBC news reports three people, including Fabio Buzzi, a Dutchman and another Italian, have died after their boat hit an artificial reef at 80 knots near the end of an attempt to break the offshore speed record from Monte Carlo. A fourth person is being treated in hospital for injuries after being thrown overboard. 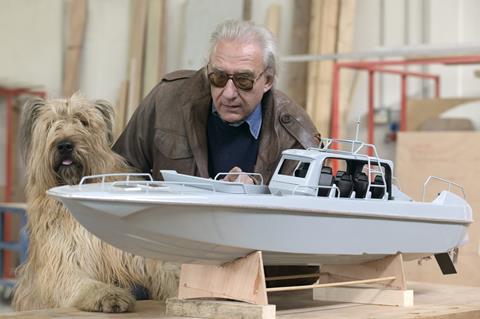 Fabio Buzzi founded his business FB Design in 1971 - it has become one the leading manufacturers of high speed power boats establishing a market niche with its high speed para-military boats for customers across the world. He will be greatly missed by his many colleagues and friends in the global marine industry. The company’s boats have set 40 world speed records and won 52 world championships.

Close friend to Buzzi and longtime IBI correspondent Dag Pike told IBI this monring: ”Buzzi was the Italian who transformed offshore powerboat racing and then went on to become a major influence in the design and development of fast patrol boats. As the winner of many world chamionships and establishing long distance records he did more for fast powerboat development than anybody else over the past 50 years.

”I raced with Fabio as his navigator for over 25 years and was also his navigator on many of his record attempts. We even shared the same birthday. He was the ultimate professional, analysing every detail of the boat and the course as well as the opposition. No stone was left unturned in the quest for perfection and it was that same attention to detail that made such a success of FB Design, the company that he founded to exploit the potential of high performance for fast patrol boats.

”Fabio’s death will leave a gaping hole in the high performance sector. I doubt we will ever see his like again. Generous to a fault, Fabio would not tolerate officialdom and he had a constant battle with the UIM, the world governing body of powerboat racing. His constant successes in the racing field was his answer to the rule makers and with Fabio, all the others were often racing for second place. Only last year he set a new diesel record for boats, getting the Guinness Book of Records to record the speed when the UIM deemed that he was not eligible.