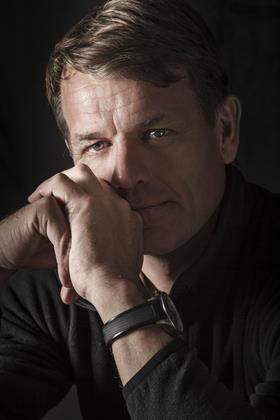 Navico is the parent company to the Lowrance, Simrad, B&G and C-MAP brands of marine electronics.

“Knut is a legend in the offshore racing community and an accomplished executive as well,” said Leif Ottosson, Navico CEO. “Not only does he have an intimate hands-on understanding of marine electronics, he has the ability to manage the ever-increasing responsibilities of our worldwide digital and marketing efforts. We look forward to working with him as Navico continues innovating to meet the needs of boaters at all levels from beginner to professional.”

A former professional offshore and Olympic sailor, Frostad was appointed CEO of the Volvo Ocean Race in 2008. Having competed in four editions of the event, as well as raising full sponsorship of all his campaigns, he is also recognised for helping the race achieve true globalisation through the use of a digital media platform, onboard reporters and a race control centre in Spain to bring high-value content to a worldwide audience.

He has a business background in management, has held a number of director and advisor positions within international companies, and has been an active Navico board member since 2005 and a driving force in the company. He is also a renowned motivational speaker.

“Having been so closely involved with Navico since 2005 as a board member as well as an active user of Navico’s equipment both as a professional sailor and while cruising recreationally, this opportunity combines several of my great passions – boating, digital business and communication,” said Frostad. “I am excited to join Navico’s incredible team and contribute to the future growth of the company.”

Both Frostad and Neves will be based in Navico’s London, UK office.