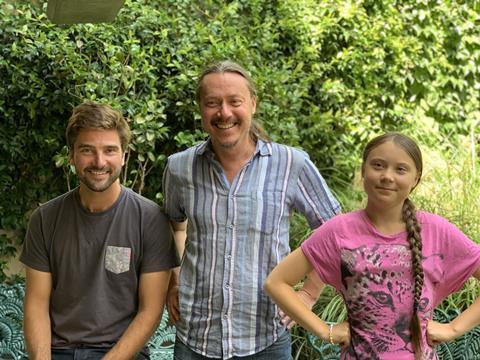 Climate activist Greta Thunberg will sail from Europe to North America in mid-August to start a “climate tour” of America. The 16-year-old Swede is using the completely emissions-free ocean-going yacht Malizia for this purpose.

The Open 60 race boat is equipped with solar panels and hydrogen generators for power generation. The Atlantic crossing was offered to Thunberg by Malizia skipper Boris Herrmann from Hamburg, Germany. Directly before the voyage, his crew will sail the prestigious yet challenging Fastnet Race.

Thunberg announced on Monday that the first destination on her trip is the US. According to a press release from the Malizia crew, the tour will later head to Central and South America and will continue well into 2020.

After arriving in North America, the 16-year-old will participate in two large-scale climate demonstrations on September 20 and 27. She will also speak at the United Nations Climate Action Summit on September 23 after the sailing trip, which will be two to three weeks’ long. UN Secretary General António Guterres has invited her to New York City.

Thunberg is taking a sabbatical year from school to attend a number of events in North America. She also wants to meet people who are particularly vulnerable to climate change and its ecological consequences, as well as climate activists and decision-makers.

The 16-year-old Swede is also planning visits to Canada and Mexico. She will also travel to Santiago de Chile for the annual UN Climate Change Conference (COP25) from December 2-13. This will include visits to other places in South America.

Thunberg said on Facebook: “Good news! I will attend the UN climate summit in New York, the COP25 in Santiago and other events. I was offered a ride on the 60ft Malizia II racing boat. In mid-August we will sail across the Atlantic from Great Britain to New York.”

Thunberg refuses to fly due to the emissions from air traffic – emissions that spread widely because they are emitted high up in the Earth’s atmosphere. “That is why she will choose her routes and vehicles in America also according to the lowest possible CO2 load,” a press release form the Malizia team states.

Among the Malizia crew is Pierre Casiraghi from Monaco. His grandparents are the former Prince Rainier and Grace Kelly. The Malizia offshore sailing team has joined the “Sport for Climate Protection” initiative of the United Nations Framework Convention on Climate Change, UNFCCC. The Malizia Ocean Challenge campaign is already collecting scientific data on the CO2 content of the oceans.

“By 2020 at the latest, we must begin to steeply lower the emission curve if we still want to have a chance of remaining below 1.5 degrees of the global rise in temperature,” Thunberg said in a Facebook post today. “We still have a window of opportunity in which things are in our own hands. But the window closes quickly. That’s why I’ve decided to make this journey now.”