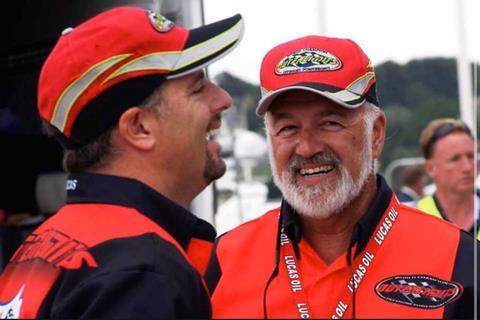 The high-performance boating industry is mourning the loss of Hustler Powerboats founder Paul Fiore, who died unexpectedly on Tuesday at the age of 76.

Fiore launched the first-ever V-bottom stepped hull boat in 1979 with his Hustler 32, which allowed performance boats to run faster and safer, and spurred the competition to play catch-up.

Fiore was the father of Outerlimits Offshore Powerboats founder Mike Fiore, who passed away in 2014 following a boating accident at the Lake of the Ozarks Shootout, and was instrumental in helping his son build the business with innovative designs and marketing campaigns. He remained a consultant to Outerlimits after the death of his son.

A post on the Outerlimits Facebook page reads in part: “Paul was a living legend in high performance boating. He had a one of a kind personality, but was truly humble. Paul was an instrumental part of Outerlimits when he came to join his son Michael in 2000. Paul was a visionary and an innovator. He loved nothing more than to make an Outerlimits go fast. He has left his mark in so many positive ways in the industry.”

Outerlimits sales manager Dan Klietz told speedonthewater.com: “We could call him anytime if we had a question, and he stopped by the shop every week.”

That availability was part of Fiore’s personality, as described in the social media post.

“Anyone who was honoured to meet him could realise the wealth of knowledge he had. He was always willing to talk boats or shop no matter who you were.”

Fiore is survived by his wife, Diane, daughter Donna and four grandchildren.

According to speedonthewater.com, Fiore died after a four-week battle with an undisclosed illness.

A celebration of Paul Fiore’s life will be held in his honour on a date to be announced later this week.