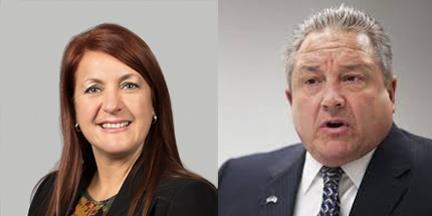 The International Joint Commission (IJC), a bi-national organisation established by the governments of the US and Canada to manage water quality and levels on the Great Lakes, has appointed two new members to its International Lake Ontario-St Lawrence River management board.

Suzie Miron, a councillor for the Canadian city of Montreal, and Bill Reilich, a supervisor for the town of Greece, New York, are expected to “enrich the IJC’s discussions and decisions” with respect to the management of water levels on Lake Ontario and the St Lawrence River, which are controlled by the Moses-Saunders Dam.

The IJC has come under heavy criticism over the past three years following the implementation of new water level management protocols that are being widely blamed for contributing toward record flooding in 2017 and again this year. That criticism peaked this summer after marina operators, municipalities from across the region and even former New York State governor Mario Cuomo claimed that a sluggish response by IJC to heavy spring rainfall directly contributed to extensive flooding that left marina infrastructures including docks, electrical equipment, fuel pumps and septic systems underwater for months, resulting in billions of dollars in damage.

The Great Lakes region is the largest and most economically important recreational boating market in North America, with the highest number of boats per capita and the highest level of new boat registrations annually in both the US and Canada.

Miron and Reilich join the IJC Lake Ontario-St Lawrence River board as it prepares to review water management policy moving forward. The agency recently concluded a series of public meetings held across the region, with written submissions due by October 31.