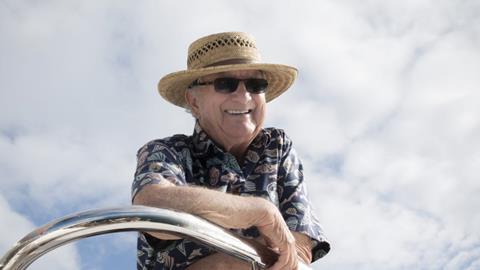 Bayliner founder and pioneer in mass merchandising of affordable boats died August 27 at the age of 87, but his name and legacy will long survive him  – in the boating industry and at Arizona State University, where he generously supported multiple causes

J. Orin Edson, a pioneering entreprenuer in the boating industry and generous philanthopist in his later life, died August 27 at the age of 87 in Seattle, the same location where he began a weekend business which would ultimately grow into the massively successful Bayliner Boats.  The cause of death was reported to be Lewes Body Dementia.

His death came just four months after a US$50 million gift to Arizona State University (ASU) Edson made together with his wife Charlene in support of the university’s ground-breaking, multidisciplinary research on dementia and to enhance education and training for nurses and caregivers in the demanding field – a donation the University called ’transformational.’

ASU’s tribute to its hero said, ”Edson — who developed a luxury boat company on his desire, talent and keen entrepreneurial sense — made a gift to ASU to help future generations of students do the same thing referring to an earlier donaton of $5.4 million to create the Edson Student Entrepreneur Initiative. 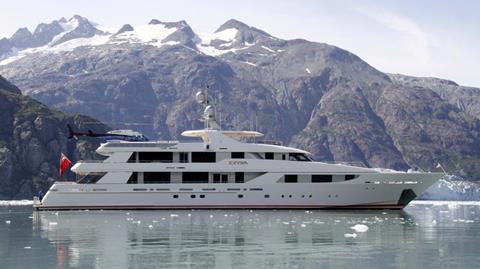 The Edsons travelled the world aboard the 164ft Evviva built by Westport and launched in 2006, before selling her in 2015 for nearly US$25m

His legacy is no less impressive in the boating sphere, where Edson built the Bayliner brand from scratch to a company churning out 1,000 boats per week from 24 plants across the US. He sold the business in 1896 for US$425m to Brunswick Corporation.

Just out of the Army at age 24 with a hobby in hydroplane boat racing, Edson found early entrepreneurial success selling off some of boats and equipment from an empty lot with a small shack, soon morphing into a marine dealership in 1955. Two years later, the Advance Outboard Marine Company, launched with his brother Walt, was making enough noise to attract the attention of a finance company and Mercury Marine which awarded the Edson brothers an outboard franchise in 1957. Soon the business was approaching US$2m in sales at a time when the national average in turnover for boat dealers was US$185,000.

“He, more than any other person, deserves credit for fathering the boating boom of the 1980s by bringing affordable boating to a mass audience.”

Bayliner Boats had humble beginnings as well, with the brand purchased by Edson in 1961 for US$100 with only two runabout models manufactured on contract by a third party. One of the first to foresee the mass appeal of affordable boating to thousands of families,

Edson stands out in the marine industry for his lasting impact on the growth of recreational boating and was an early architect of the “package” concept of selling a boat, motor and trailer as an easily financed package. The National Marine Manufacturers Association named Orin Edson to its Industry Hall of Fame in 1983, noting, “He, more than any other person, deserves credit for fathering the boating boom of the 1980s by bringing affordable boating to a mass audience”.

After selling Bayliner, Edson invested much of the money into “stocks, bonds and Arizona real estate”. He also bought Westport Shipyards based in Washington state and grew the brand before selling it in 2014. Edson bought a 164ft yacht built at Westport and launched in 2006 – at the time the largest production composite yacht in the world. The Edsons travelled the world aboard Evviva before selling her in 2015 for nearly US$25m.

Edson is survived by his wife and two sons.