US boat retailer MarineMax has promoted Bryan Riley to regional service and parts manager at its Midwest and North Florida stores. 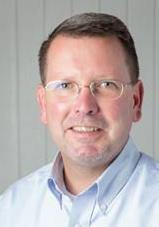 MarineMax claims to be the largest recreational boat and yacht retailer in the US with more than 60 retail locations nationwide. The company focuses on premium brands such as Sea Ray, Boston Whaler, Meridian, Hatteras, Azimut Yachts, Ocean Alexander, Galeon and more.