Mark Beeley promoted to the role with immediate effect 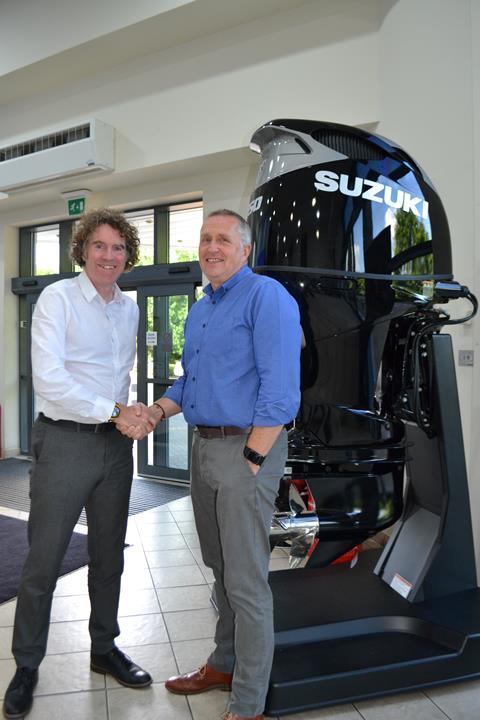 Suzuki GB has promoted Mark Beeley to the position of national sales manager for its Marine division.

Beeley joined Suzuki in 2006 and previously held the position of area sales manager, looking after some of Suzuki’s key dealer and boatbuilder accounts across the north of England, Wales, and Northern and Southern Ireland.

He has a wealth of experience gained from studying marine engineering and over 30 years working in the marine industry. During this time, Beeley has built and nurtured a number of close working relationships within the Suzuki network as well as the wider industry.

“We have taken the opportunity to re-structure our marine department slightly in order to give our dealer and boatbuilder network even better service and I am thrilled to be able to appoint Mark to this new role,” says Paul de Lusignan, director of Suzuki’s Motorcycle, Marine & ATV divisions.

“Mark’s extensive marine knowledge and his time spent working closely with our dealer and boatbuilder partners makes him the ideal person for this role and I am delighted that he has accepted this new challenge. Hopefully we will be able to announce even more positive news soon, so watch this space.”

Suzuki is a Japanese manufacturer of outboard marine engines as well as motorcycles, automobiles and all-terrain vehicles for the global market. The company’s four-stroke outboards range from the lightweight, portable DF2.5 to award winning DF350A.