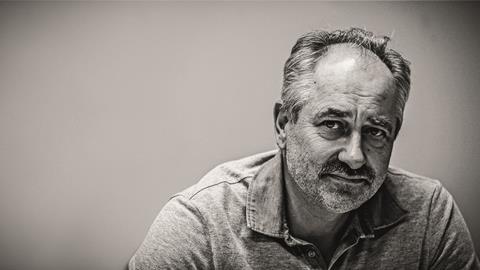 The owner of SVP Yachts, builders of Shipman sailboats, OceanClass and the Greenline range of hybrid motoryachts, looks back on the fateful day he took over the Slovenian builder in 2015, and outlines plans for future growth

It was in 2015, while buckling-up for a flight to Antigua, that Vladimir Zinchenko got the call. Seaway Yachts, the Slovenian builder of Shipman carbon sailboats and the Greenline range of hybrid motoryachts, brands that Zinchenko had been selling from his Russian dealership for the best part of a decade, was about to go bankrupt. Spying an opportunity, Zinchenko disembarked the flight and within days had taken ownership of the brands that had come to mean so much to him. Four years on and SVP’s recent presence at the Düsseldorf Boat Show suggests it was worth Zinchenko changing his plans that fateful day. The builder had eight boats on display (compared to three in 2018), four of which were enjoying their world previews. Sales hit €22m last year, up from €17m in 2017, and are forecast to reach €30 this year on the sale of 130 boats.

“I sold my car rental business and dealerships in Russia back in 2004. My wife and I wanted a new lifestyle, an adventure. We set off around the world in a Hanse yacht. But I was hungry to go faster, so we exchanged it for a carbon Shipman 63, which I fell in love with, so much so that when we finished our travels I asked if I could present the brand to friends and signed a distribution agreement. Year one we sold 10 Shipmans, another 20 the following year, which was about half the yard’s production at the time. When they introduced the Greenline brand in 2009, I took on that too. You could say that my heart was with Shipman, but my head saw the potential of Greenline.

“I received an SMS on my phone telling me they’d gone bankrupt and that the following day liquidation proceedings would begin. I stopped the plane and jumped off and was there the next day at the yard. As the staff were dismissed, I waited outside with a box of business cards. I gave one to each of them as they filed out and told them I was restarting the business”

“When the Shipman parent company Seaway collapsed in 2015 – it was a quick decision for me. I was sat on a plane travelling to Antigua for an Royal Ocean Racing club 600 race when I received an SMS on my phone telling me they’d gone bankrupt and that the following day liquidation proceedings would begin. I stopped the plane and jumped off and was there the next day at the yard. As the staff were dismissed, I waited outside with a box of business cards. I gave one to each of them as they filed out and told them I was restarting the business. We were left with a few empty hulls and unfinished boats. The plan was simple, fulfill the orders and take it from there.

“We rented the premises to begin with, then in 2017 we bought the facility in Begunje (Slovenia). It was an incredible opportunity. I was 200% sure it was worth it. They were great brands – Shipman and Greenline weren’t at fault, it was the management that had failed the company.”

“The new 45 Fly, with its full beam master cabin, is having particular impact – we announced it in the Autumn of last year, the first will hit the water in March. We’ve sold 18 of them already for 2019 and have upped production from one to more than two 45s leaving the yard every month. The Greenline concept has really caught on. It’s not just about electric propulsion. It’s about bringing the comforts and expectations of the home onto water. You shouldn’t have to think about generators when you turn on a hairdryer or make a coffee. Greenline boats are designed to be familiar, to keep the family together – the interior is on one level – the boats have a low centre of gravity that adds to their stability, comfort and safety.

“We developed the OceanClass brand for Greenline owners that wanted a bigger boat to go exploring with. We launched the 65OC in Cannes, 2017 and we began production of the first three units of the 58OC at the end of last year. We have an OC110 on the drawing board too. For younger clients, after a sportier look, we introduced the new NEO brand of 33ft sportsboats at the Monaco Yacht Show last year.

“We’re also looking to relaunch the Shipman brand, but maybe more as a performance race cruiser rather than a thoroughbred bluewater yacht.  No one has the time to go sailing around the world anymore; they have to work to afford boats! We’ll have a new model to present, maybe as early as Cannes, but most likely Düsseldorf next year.

Born in St Petersburg in 1963, Vladimir Zinchenko qualified as a software engineer in 1985 but turned eventually to the automotive sector, founding his own car dealership in St Petersburg in 1991. Selling up in 2004, he left Russia to sail the world, taking on dealerships for Shipman and Greenline yachts on his return. He bought both brands in 2015 and developed the new OceanClass and NEO brands in 2017 and 2018 respectively.