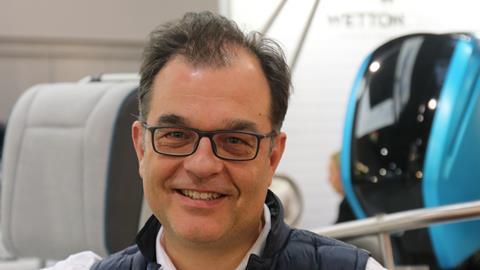 A former director in logistics, Eric Divry had a dream four years ago of developing a boat that would take the stress out of boating

Tired of struggling to launch his boat from a trailer, Eric Divry, a former director in logistics, decided there had to be a better way. Four years ago he brought together a diverse team to develop a boat that could take the stress out of getting onto the water. And so Wettoncraft was born. Having unveiled their concept – the Wetton 56 – last year, the first models are now coming off the production line. Divry tells IBI about his ambitions for the fledgling brand.

The idea to start the business was based on a personal experience and a strong belief. I was looking for a boat I could transport by road and dreaming of getting out on the water more easily and more frequently. 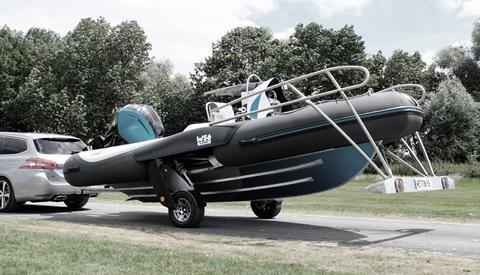 The biggest pain for most small boaters is launching the boat, and then parking the trailer. It seemed obvious that the solution was to fit the landing gear to the boat. There were a handful of products out there but they were costly and besides, they didn’t get rid of the trailer hassle.

I was convinced that in the future amphibious boats would be a good solution from an environmental point of view, as it reduces storage footprint in congested harbour areas. So I decided to create my own boat with a young and talented naval architect, Vincent Lebailly. He challenged the idea and we realised together that other boaters share the same dream… That’s how the adventure started four years ago.

Nice idea, but what were the major hurdles you faced developing the concept?

Boaters dream of a boat, not a trailer! So we had to come up with a simple, elegant design. Our target was to create a ‘trailer-free’ boat. Then it was a case of getting the right team together. We believe a mix of skills and experiences are a key for success. Some of our engineers come from the agricultural industry; our designers work for the aeronautic, car and boat industries.

The investment’s been substantial with funds coming from 12 business angels and 3 regional funds who strongly believe in the success of this project. Along with a lot of man-hour investment delivered daily by the Wetton team!

Tell us about production numbers

We’re looking to build 10 to 20 units in the first production year to secure the manufacturing quality level. We are planning more as various new models are introduced. We’re in the process of developing a new Wetton 67 that will be ready by the end of the year. That model will be able to travel on land – so to cross a beach, for instance, as well as being its own trailer. Today we are able to produce one boat per month as a start and we plan to double this capacity by the end of this year.

At the moment we’re mainly focused on German, Swiss, Benelux and French markets.

From June we will be able to offer a wider range of the Wetton 56 with prices starting from just €59,507, which includes French VAT at 20% and a 115hp Mercury CT 4 stroke.

Where does the ‘Wettoncraft’ name come from?

We wanted an international name, one that was easy to remember for anyone whatever their nationality. ‘Wetton’ is based on an Irish first name ‘Etton’, which is common in a small village in the northern part of France where my family comes from. It was a way of thanking and giving credit to my father and grandfather who inspired me to do things like start a boat company! ‘Craft’ obviously helps resonate the sense of quality and handmade craftsmanship.