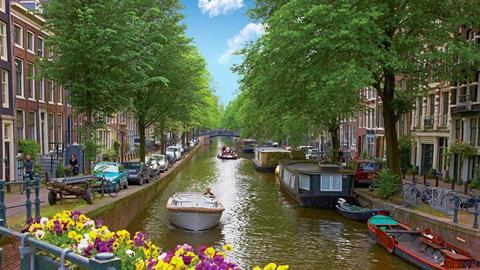 In an effort to tackle air pollution the Amsterdam City Council has decided to ban all petrol and diesel powered boats from the centre of the city (defined as being within the A10 city ring road) by 2025, according to a report published last week.

There are estimated to be several thousand pleasure boat owners who will be affected by the new legislation who would normally be expected to be use their boats at least five or six times a year on canals within a radius of 10 kms from the city centre .

The announcement also affects petrol and diesel vehicles which will be banned from the city centre area from by 2030 and diesel cars made before 2005 will be excluded by next year. Busses and coaches will be prohibited from 2022 and motorcycles from 2025. The RAI automotive industry association, has called the policy “bizarre” although environmental groups have hailed it as a major step forward in improving air quality in Amsterdam. In the past year several many major cities in Europe have come under increasing pressure to restrict vehicles in urban areas in order to reduce pollutants for public health reasons.

Hiswa, the Dutch marine trade association, is discussing the implications of the new legislation with members of the industry and boat owners who will be affected by the ban. Hiswa’s CEO Geert Dijks is hoping to agree some concessions from the city department responsible for transportation to mitigate the economic consequences to his members and the public and is also lobbying to have the proposed area covered by the ban reduced in size to the immediate city centre.