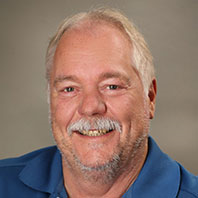 The plan put forward by the New South Wales Labour Party to impose a 25% tax on new boats and second-hand recreational boats has been rejected by the Boating Industry Association (BIA) of Australia, which was surprised by the announcement.

In its latest newsletter, the BIA says: “The NSW Labour Party’s proposed policy to tax new and second-hand recreational boats will bring further hardship on an industry that is still recovering from the GFC and punish hardworking boaters and retirees.”

Alan Blake, BIA president, commented: “The BIA was surprised by Labour’s announcement to tax boat owners. The tax will drive sales and jobs away from NSW to other states and sadly, the perception that boats over the value of $200,000 are a tax on the wealthy is fundamentally wrong.”

He continued: “Many vessels of that value are owned by families, retirees, groups of hard-working, hard-saving mates who have grouped their savings to pursue their passion for being outdoors, or those who have joined in a share boat arrangement through a club. The proposed tax will hurt working families who enjoy boating and the many small businesses and their employees who service them.

“The knock-on effect of this proposal has not been taken into consideration by the Labour Party,” Blake warned. “The businesses that service, store or supply provisions for these vessels are small family businesses who will feel a direct impact of such a tax.”

The BIA points out that the number of vessels sold each year within NSW are not as many as the Labour government believes and the perceived taxation revenue has been significantly overstated. Boats are a discretional purchase and this tax will only push consumers to simply purchase in other states or choose other forms of recreation (like caravanning) which are not penalised by the proposed tax.

It emphasised that there are plenty of international examples, including taxes introduced by President Clinton in the US in the early 1990s, where taxes on boats, like that proposed by Labour, were implemented then quickly abandoned as they didn’t raise the predicted tax revenue and devastated the local industry. The BIA implores the Labour Party to not repeat these mistakes and send jobs and business to other states.