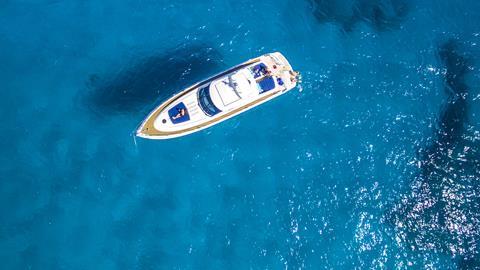 A proposal for a second amendment of the MARPOL Convention to address the case of NOx emissions and yachts above 24m and below 500gt, which are currently covered by the delay provision, is to be discussed next week by the Marine Environment Protection Committee of IMO. The outcome of the discussions could have major impact on the leisure boat sector, leading either to a relaxing of the specific regulations for yachts above 24m and below 500gt, or conversely tearing up the delay provision and setting the clock on commercial regulation compliance, necessitating the fitting of bulky catalytic reduction systems that would seriously impact cabin space onboard.

NOx is a pollutant released by combustion engines. Recently the impact of NOx emissions from vehicles has been subject to public and political debate. Six years ago, the marine industry was in a state of nervousness about the International Maritime Organisation’s (IMO) Tier III limits regulating NOx emissions for ships including large yachts above 24m. The only available compliance option required fitting bulky selective catalytic reduction (SCR) catalysts. The consequence of this – loss of internal guest cabin space – could render yachts just above the 24m threshold commercially unattractive. ICOMIA considers the >24m – 40m market segment crucial for the marine industry, considering the ability for boaters to progress in boat size and the relevant turnover for builders, equipment and tender/toy manufacturers, and ancillary service providers. This is why ICOMIA is dedicating a significant amount of time to advocating the feasible application of the rule.

In 2013, together with key IMO Member States, the International Council of Marine Industry Associations (ICOMIA) managed to negotiate a delay, moving the application date of the IMO Tier III NOx emission limits from 2016 to 2021. Whilst the topic was extensively discussed in 2013, once the delay was published industry awareness about the rule diminished. However, the rule still has implications for the industry and awareness remains key. So, with the implementation date fast approaching, and a significant ongoing public discussion about NOx, what happened to Tier III?

The years since saw a group of key yacht builders and engine manufacturers convened by ICOMIA actively searching for ways to minimise the impact of the rule – the outcome confirming our predictions over the disproportionateness of applying the rule on yachts concerned. The key to success lies in presenting a strong technical argument and partnering with Member States with a strong interest in the recreational boating industry. Bearing in mind Tier III applies from 2016 onwards for all commercial vessels and yachts above 500gt, the predictions made in 2013 are now commercial reality with catalysts as the only option for the high-speed, high-power engines such as required on yachts.

Subsequently, ICOMIA commissioned independent research to confirm the industry’s concerns and formulate the case of the large yacht industry which was presented at IMO. This triggered an invitation to submit a proposal for a second amendment of the MARPOL Convention to address the case of yachts above 24m and below 500gt, which are currently covered by the delay provision. This proposal, co-sponsored by the Turkish IMO Delegation and ICOMIA, will be discussed next week by the Marine Environment Protection Committee of IMO. If the proposal is accepted it will delay the application of the rule and will relax the standards so these can be met without the use of catalysts. These changes would lessen the negative impact of the implementation of Tier III on the marine industry.