Increased US tariffs include recreational boats, inboard and outboard engines, and marine parts and components

America raised the stakes in an escalating stand-off in trade negotiations with China, increasing tariffs as of Friday morning (12:01am eastern time) from 10% to 25% on more than 5,700 imported Chinese goods worth some $200 billion. 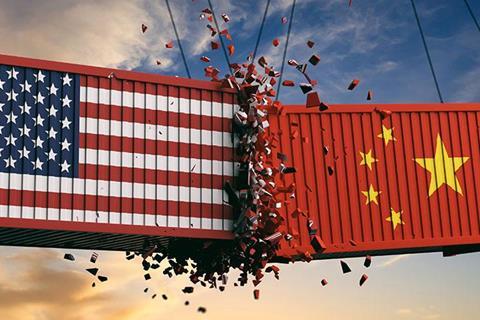 The leisure boating industry is bearing the fallout of the ongoing clash between trade titans America and China.

Only a week ago, the two countries signalled they were close to a deal. Top trade officials from the US and China continued their negotiations in Washington again today, but progress may now be weeks away.

The full list of products on the third Section 301 list is available here. According to an announcement from the US-based National Marine Manufacturers Association (NMMA), items on this list which left China before midnight (and arriving in America before 1 June) will not be subject to the increased tariff.

NMMA has been vigorously lobbying against the imposition of a series of tariffs initiated by the Trump administration over the past year which are adversely affecting the leisure boat industry.

In response to the latest action, NMMA president Thom Dammrich stated, “It’s disappointing to watch the administration continue to use tariffs as a blunt negotiating tool, hurting the recreational boating industry and broad swaths of the U.S. economy. As we have said repeatedly, China must be held accountable for its unfair trade practices, which have put thousands of marine businesses at a competitive disadvantage. However, levying additional tariffs on the eve of negotiations – even with China’s backsliding on previously agreed upon issues – risks prolonging the global trade war.

The NMMA has documented the impact on marine manufacturers in the US and abroad suffering from higher costs on hundreds of commonly used components, materials, and parts as a result of the administration’s Section 301 tariffs, compounded by retailiatory tariffs introduced by the EU.

The White House is also threatening a further 25 percent duty on $325 billion in additional Chinese products (to be announced on List 4).

According to the Economist Intelligence Unit (EIU), most analysts are still anticipating the two countries to eventually reach a deal. But things may get worse before they get better. EIU reported that the added levy is expected to reduce U.S. gross domestic product (GDP) by 0.3% and China’s by 0.8% in 2020.