US posts record trade imbalance in 2018 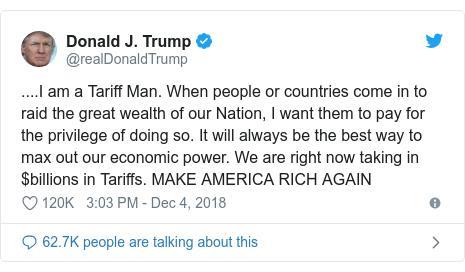 New figures released Wednesday by the US Commerce Department show the US trade deficit jumped by nearly 19% in December, reaching a 10-year high of US$621bn for 2018.

The news raises questions about the effectiveness of president Donald Trump’s widely-criticised approach to reducing the trade imbalance through the application of tariffs. Trump, who described himself as “Tariff Man” in a December tweet, began implementing tariffs on imported steel and aluminium in mid-2018 citing national security concerns, and has since expanded the tariffs to cover a wide range of commercial and consumer goods.

In spite of those measures, the gap between US exports and imports rose to a record $59.8bn in December, up from $50.3bn the month before. On an annual basis, the US marked record-high imports from 60 different countries in 2018, led by China, Mexico and Germany. Imports of all goods reached a record level of $2.6tr last year and drove the trade gap to the highest level since 2008 when it was $708.7bn – an imbalance that corrected in the aftermath of the 2008 financial crisis as the US plunged into a severe recession.