A wholly owned brand of Navico and a global marine electronics leader for powerboating and sportfishing, Simrad Yachting is recognizing its 75th Anniversary this summer with a slate of initiatives including the celebration of boating’s ability to bring people together, detailing the history of notable Simrad products and publishing its own list of Simrad 75 Great Boating Destinations.

“Our heritage in marine electronics goes back to 1946, when surplus radios from the war were converted for use on commercial vessels and Simrad’s very name comes from the amalgam of Simonsen Radio,” said Mike Fargo, executive vice president of Simrad at Navico, its parent company. “Since then, Simrad’s innovation and technology has been featured on hundreds of thousands of watercraft over the decades from small RIBs and sportfishing vessels to luxury cruisers and superyachts. Our core focus has always been to enable boaters – whether that’s for fun, relaxation, sport, adventure or work.”

The first of three anniversary videos include a brand video that kicked off the 2021 anniversary year and spotlights historic Simrad products dating back seven decades. This spring, Simrad unveiled two short vignettes emphasizing the adventures and personal bonds that are out on the water.

Earlier this month, Simrad unveiled a list of some of its noteworthy products through the years that have influenced marine electronics and provided enjoyment to millions in the boating community across the world. They include the:

The BR24 was the first solid-state radar for the recreational boating market and a ‘game-changer’ – using less power, eliminated the emission of harmful waves, delivered excellent target definition & separation and introduced a new radar shape. 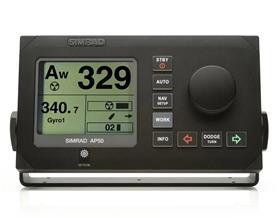 The AP50 was designed for the commercial market but installed on superyachts to high acclaim, and a standard specification on all Ferretti and Azimut models over 80ft.  It was also part of a range of entry-level products including the AP24, establishing Simrad as a leader in the autopilot field. 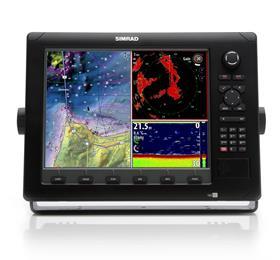 The NSE was in essence an Multi-Functional Display introduced in 2009 before its time with fast processing and direct access function buttons on the front.  Heavily adopted for professional use due to its quality and rugged reliability in the harshest conditions, it is the predecessor to User Control Interface with a Rotary Controller in today’s Simrad products. 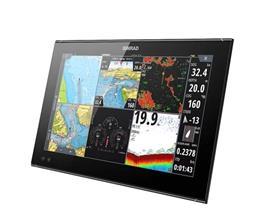 An advanced multifunction navigation system with state-of-the-art processing and high quality screen providing the aesthetics and functionality of a glass bridge, including split presentation of six data/ information streams. 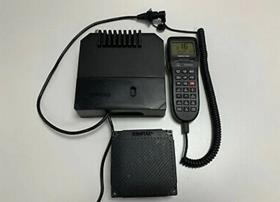 One of the top radios of its day, the RS80 was easy to use and reliable – establishing Simrad’s position in cruising and megayacht radio solutions – and eventually leading to the RS100 in use today.

In July, the World of Simrad blog also announced its own list of 75 Great Boating Destinations where powerboating and sportfishing reign supreme – a bucket list of sorts for the power cruising, sport fishing and luxury yachting enthusiasts around the world. By tapping into the brand’s rich boating heritage and global reach of its passionate personnel, Simrad released the poll identifying favourite boating hot spots for its birthday year.

“With the anniversary, we thought it would be fun to honor our tradition with a look back at key products, a series of emotive videos and our ‘Simrad 75 Best List’ by tapping into our knowledge and global reach of boating destinations,” added Fargo. “Simrad stands for innovation, reliability and performance that provides boaters with the assurance they can do more out on the water, safely and confidently.”

Product and boating experts at Simrad Yachting around the world nominated their favourite powerboating and sportfishing locations which was then narrowed down to a final selection of 75. The focus was on small town departure points for offshore cruising or specific small bodies of water or islands that make for a unique and special boating experience. The US led the list with 11 selections, while New Zealand and Australia each notched six. Mediterranean countries like France, Greece, Italy, and Spain also had multiple nominations.

“There are some amazing places to explore in this world and doing it with Simrad electronics makes it enjoyable and extraordinary,” said Fargo. “A big congratulations to our Simrad 75 Best selections.”