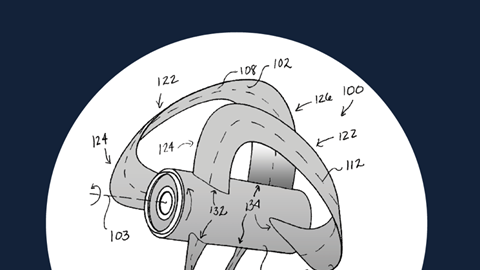 The marine propeller has been refined time and time again over the years to improve speed and economy whilst also reducing noise. Whilst the blades themselves have become self-pitching, feathering, swept and streamlined, the basic concept has remained the same - a series of solid metal blades that fan out from a central hub.

However, over the past 6 years Philadelphia-based Sharrow Engineering has been developing a concept that has been hailed as the first major breakthrough in propeller technology since the 1930s. The company itself was founded in 2012 to ‘reinvent the methodologies and technologies used for propulsion in the 21st century’ and has assembled a team of dedicated engineers and designers for both the marine and aeronautical sectors.

As you can see from the images, what the team has done is actually break up the solid blade design and create a shape reminiscent of a spiral wind generator. They say this has pretty much removed the most common problems with rotary propulsion, namely the creation of vortices and cavitation at the tips of the blades.

The unique shape has been achieved using two modern technologies; computer modelling and additive manufacturing. The latter is where material, usually high-grade aluminium, is deposited in layers by a 3D printing machine to create accurate shapes prior to milling and polishing.

“In an industry where an efficiency gain of 1% is considered substantial, the efficiencies the Sharrow design has achieved is a game changer”

The flexibility of construction means that the Sharrow Propeller can be made to any size using all the traditional propeller materials and with any number of blades. Exhaustive testing of prototypes suggests a dramatic reduction in fuel costs - between 9 -15% - whilst also delivering a higher top speed and reducing vibration and noise.

“In an industry where an efficiency gain of 1% is considered substantial, the efficiencies the Sharrow design has achieved is a game changer,” said CEO Greg Sharrow. “We have also recorded a 17% reduction in torque whilst the vessel is accelerating, which will take a lot of stress off the drive train.”

The design reduces torque (Kq) while not reducing thrust (Kt), which means you get onto plane even faster and can pull more weight.

Now protected by 20 patents in most leading maritime nations, the Sharrow Propeller concept is looking for industry partners to help roll the design out to both the leisure marine and commercial shipping sectors. The propeller market in commercial marine is said to be worth US$5.06 billion a year alone and the industry is under increasing pressure to greatly improve the fuel efficiency of its ships and so reduce greenhouse emissions.

The first Sharrow Propellers are due to come into production this year and more detail is expected in the coming weeks.