Calling investors: Is this the future of engine design?

A New Zealand R&D engine builder has developed a new marine diesel with an innovative hose-less design. Now, they’re looking for investors to bring the engine to market

If there’s one thing that Clint Wishart can’t abide, it’s being let down by mechanical failures. That’s why the Auckland, New Zealand-based entrepreneur founded Marine Propulsion Technologies Ltd in 2005, with a vision of developing a state-of-the-art marine diesel engine that provides unparalleled reliability and fuel economy while meeting stringent United States EPA Tier 3 and EU requirements. 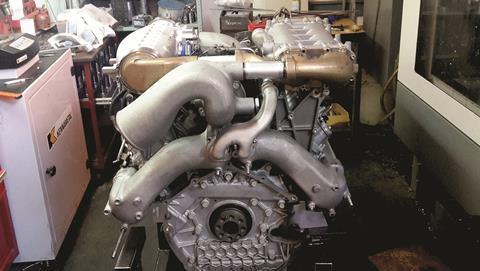 Built with an eye to the lucrative 30ft-50ft powerboat market, the company’s D-Max Marine 6600 diesel achieves that vision thanks to an innovative configuration that eliminates all hoses from the design. Built on the latest GM Duramax 6.6L long block, it features an innovative arrangement of internal passages for coolant and lubrication management, eliminating an average of 20 hoses and hose clamps per unit for substantially greater reliability. “Our approach was that it’s pointless to design something for today, you have to design something for the next 20 years,” says Wishart. “So we thought, what are the big problems people have today? A lot of the problems people have stem from the failure of various hoses. If you’re up on the flybridge and you’re doing 25 knots and a hose clamp goes, you don’t hear it and sometimes the alarms are just too late. You have no indication anything’s wrong – at least until you fill half your engine bay full of water and damage your expensive boat engine. Hoses are the Achilles heel of any engine, so we started thinking, how do we just get rid of them altogether?”

The answer that MPT came up with was to re-route fluid passage through a series of neatly-formed manifolds and component castings. The result is a more compact installation with exterior hoses and fittings replaced by O-rings. Proven over years of automotive use, the O-rings represent a lighter, more durable and more cost-effective alternative to the traditional rubber hoses.

”Hoses are the Achilles heel of any engine, so we started thinking, how do we just get rid of them altogether?” 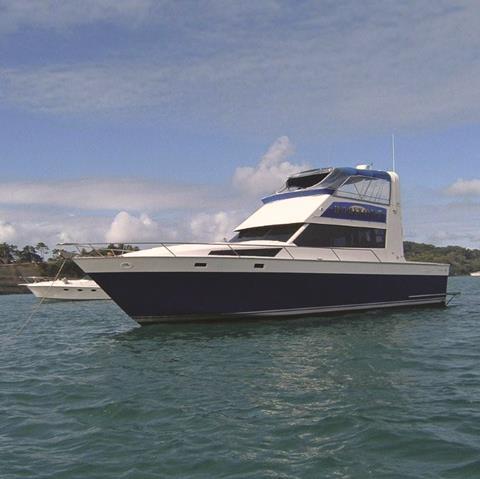 Wishart sees the primary market for the engine being boatbuilders producing recreational and commercial craft in the 30ft-50ft range, as well as marine engine distributors serving the repower market, boating consumers, as well as the jet boat and military sectors. MPT has completed extensive on-water testing using a single 400hp D-Max 6600 to power a 42ft, nine-tonne test boat on a shaft V-drive.

The installation provides cruising speeds of 18 to 20 knots, and a top speed of 25 knots at wide-open throttle.

The company is currently seeking an investor to take the design forward. “We’ve got a lot more to offer, we believe, than other engines,” says Wishart. “For example, we’re the only 90-degree V8 that’s narrower than a six-cylinder Volvo, a whole lot shorter and we’re 150 kilograms lighter. We don’t believe anyone else has a computer like ours. We’ve got patents for 10 countries in Europe, the US, Canada, New Zealand. Profit margins per engine are excellent. We have all tooling, machining jigs, computer files, patents, manufacturing facility and some distribution channels set up and complete.”