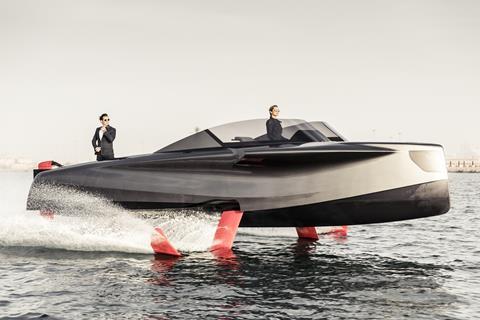 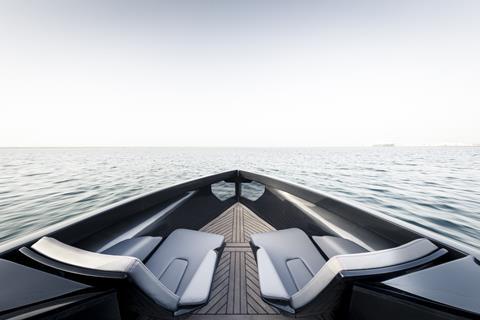 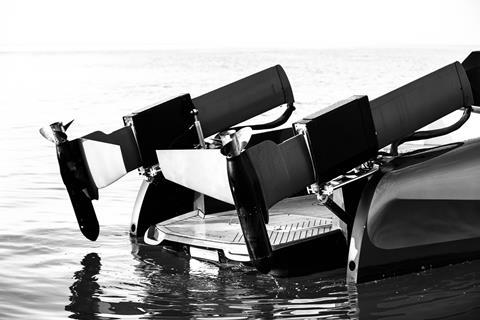 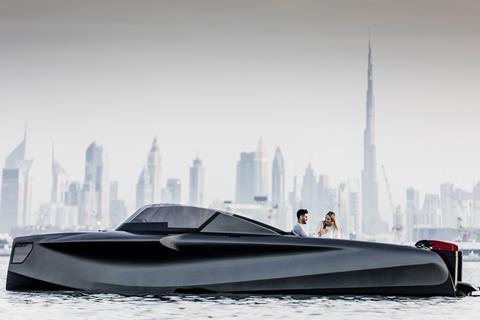 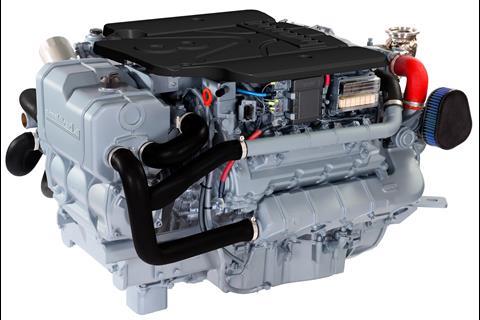 Enata has announced a raft of technical and styling developments for its striking Foiler ’flying yacht’. Having made its world debut at the Dubai International Boat Show (DIBS) last year, Enata will be using the first anniversary of the Foiler’s launch to showcase some significant technical and design developments at the upcoming Dubai show from 26 February – 2 March.

Key new features include a 740hp hydrostatic propulsion system that Enata says is even more efficient than the previous model, providing a claimed 20% increase in fuel efficiency at top hydro-foiling speeds above the previous model, bringing overall fuel efficiency about 40-50% greater compared to a traditional yacht it says. There have been improvements to the design of the hull and the Foiler hydro-foils. Additionally, the model set to be on display at the 2019 DIBS, will showcase a new layout and finish.

Alois Vieujot, manager of Enata, commented on the announcement: “We are thrilled with the new additions to the design and technology of the Foiler. Thanks to significant test hours on our first Foiler model throughout 2018, as well as continued extensive research and development at Enata, there are some exciting new additions to this latest generation of the Foiler. Those attending DIBS who are looking for an exciting ride on the water should come to see the Foiler and take their yachting experience to the next level!”

The vision behind Enata’s Foiler was to create a luxury yacht that delivers a smooth, quiet and exhilarating ride for passengers alongside a comfortable, high-performance driving experience. The push-button controlled retractable carbonfibre hydro-foils combine strength, rigidity and lightness, allowing the yacht to travel 1.5 metres above the water at speeds in excess of 40 knots (75km/h),with hydro-foiling flight commencing from 12 knots and full flight at 18 knots with seven passengers and a driver. With various design variations, its modular layout allows for a wide range of tailor-made adaptations. The new Foiler is powered by 2 x T8V.370 Nanni engines.