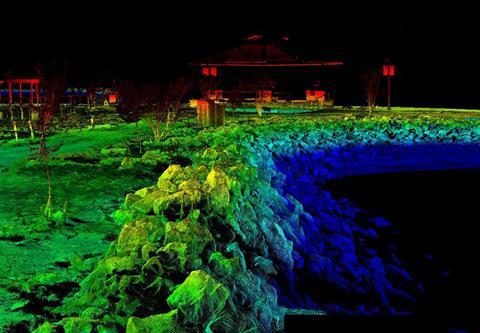 Yamaha Motor Co, Vietnamese information technology company FPT, and urban developer Ecopark have entered into a memorandum of understanding (MoU) to develop autonomous driving technologies that could ultimately have applications in marine environments.

The collaboration aims to develop autonomous driving software based upon Artificial Intelligence (AI) and Light Detection and Ranging (LiDAR) technologies. LiDAR is a remote sensing method that uses light in the form of a pulsed laser to measure distances in real time. The geo-spatial technology can measure distances between moving objects, such as vehicles traveling on a road, or the distance between moving and fixed objects such as a boat approaching a dock. Potential applications include self-driving vehicles, autonomous public transportation systems and self-docking vessels.

LiDAR technology is particularly well-suited to marine applications. Using a green wavelength of 532Nm, LiDAR is able to penetrate the water surface and detect underwater hazards. Bathymetric versions of the technology are currently being used to map coastal regions vulnerable to flooding as part of ongoing climate-change studies worldwide.

The new Yamaha collaboration is currently testing its AI and LiDAR-based software in Vietnam using an electric vehicle, which began demonstrating initial capabilities such as traveling on a predetermined routes, self-parking, dropping off passengers and detecting on-road obstacles earlier this month. “We aspire to build low-speed, clean and smart vehicles that could shape the future of mobility,” said Shoji Shiraishi, senior general manager of Yamaha Motor’s New Venture Business Development Section. “Following two decades of research and development, the success of this collaboration would surely help validate our vision.”