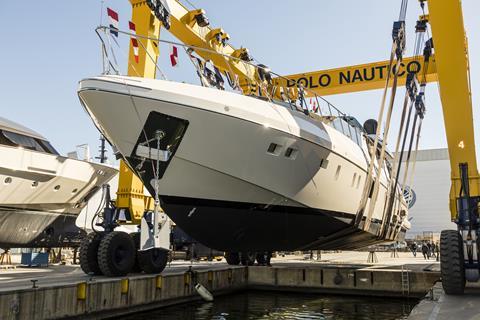 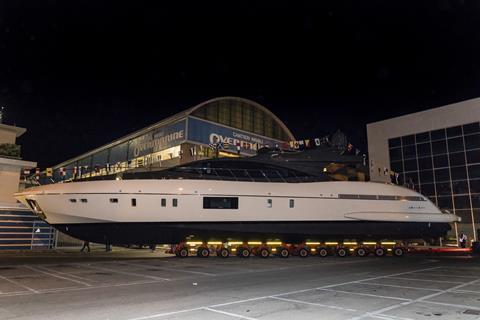 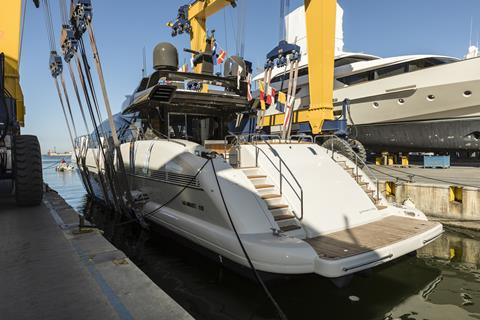 Destined for a European client, Hull No 4 took to the water yesterday

Italy’s Overmarine Group has announced that a new Maxi Open in its Mangusta 110 series was launched yesterday.

Built for a European owner, Hull Number 4 in the series is powered by two MTU 16V2000 M96L 2600hp engines and is capable of over 33 knots with noise and vibrations at a minimum thanks to the use of waterjet propulsion. The presence of a gyroscopic stabilisation system optimises comfort both at anchor and when cruising.

Other distinctive characteristics include large onboard volumes, and the ability to cruise at low speed in fuel-efficiency mode.

In terms of functionality, the limited draft, just 1.7m (5.6ft), allows cruising also in shallow waters. The yacht can be easily manoeuvred using the joystick and is equipped with a dynamic positioning system that allows the vessel to remain in a specific GPS position without being affected by the tide, the wind or the current. Great attention has also been devoted to the environment, with the use of last-generation low-emissions engines.

Upon request of the client, interior design was entrusted to Netherlands-based designer Piet Boon, in cooperation with the shipyard’s in-house Design & Decoration Office.