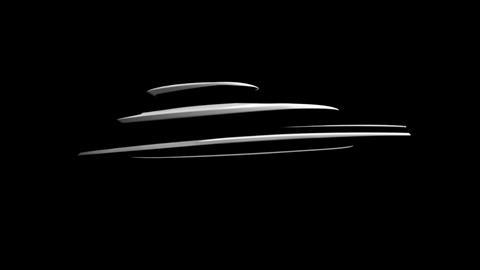 Described as a ‘Multispace Yacht’, newly formed Cetera Yachts claims to have re-written the rule book when it comes to interior space onboard

New brand Cetera Yachts has offered a sneak preview of what it describes as its ‘Multispace Yacht’, that it will unveil for the first time the Dusseldorf boat show in January. Salvatore Serio, previously majority shareholder of the Dufour Yachts group, is the man behind the new Cetera venture, along with Paolo Francia, owner of CorseT that specialises in the production of prototypes and moulds for the marine industry; yacht designer and naval architect Francesco Guida, and Fiart Mare where the boats will be assembled. Cetera Yachts derives from an ancient Roman fleet’s vessel, based in Baia, where Fiart Mare is located.

Guida has derived inspiration from “a one story villa” with many different private spaces, which he has applied to a yacht in order to maximise the use of available space from bow to stern. The new range of motor yachts begins with a model of 62 feet in length and a beam of 5.5m.

Guida claims to have developed a completely new distribution of the interior and exterior spaces to maximize onboard liveability by what is described as an ingenious process of vertical repositioning, by which the living areas are arranged on a single deck level instead of two or more levels as in other yachts in the size category. The salon and guest cabins are uniquely located on the main deck with no stairs in between. Simplying the interior layouts has an impact on production - the fact that the cabins, for instance, are not shaped to the hull lines makes the outfitting process much simpler - the result, according to Cetera, is lower production costs and shorter delivery times.. The range will also feature various hybrid propulsion solutions.

Targeted at young families, fun loving singles and superyacht owners looking to downsize, the first model in the range is said to combine the advantages of a traditional navetta, a long range trawler and a flybridge cruiser.

The lower deck is dedicated to services and machinery spaces. The main deck forward serves as a full-size panoramic lounge. All the guest accommodation is located amidships on the main deck.

Various layout solutions are available, with the standard arrangement offering a master suite and an ensuite twin cabin. This layout provides higher interior volume than other yachts in the same size category with lower deck accommodation, while the fact that the cabins are further away from the engines mean less noise. The upper deck, which can be open or enclosed, features a sliding roof and a dinette that can seat 8 guests, as well as the galley and helm station.

The first Cetera yacht is in build and will make her international debut in the spring/summer of 2019.