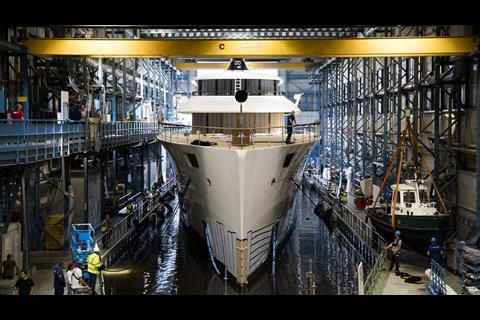 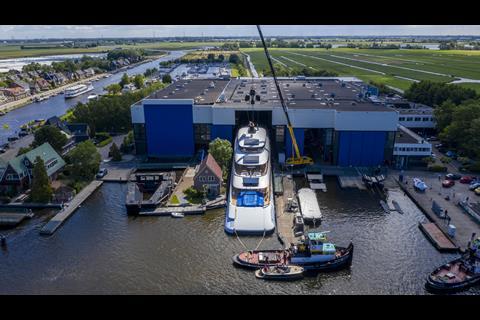 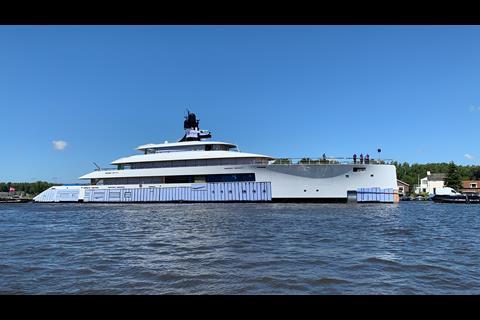 The 77.25m vessel ready for further outfitting, placement of the mast and testing of the propulsion system

The 77.25-metre Project 818 has emerged from one of the giant construction halls at the Feadship yard on Kaag for further outfitting, placement of the mast and testing of the propulsion system. A significant proportion of the superyacht is being kept quite literally under wraps for now with more details to be revealed in the near future. Nonetheless, there was plenty to see for the global audience of Feadship fans who tuned in to the first ever livestream broadcast of such an event, which included some dramatic drone footage.

Project 818 is custom-built for an owner working in partnership with designer Jarkko Jämsén. KK Superyachts have been representing the owner from the concept development phase through to completion and yacht operations. Feadship will be sharing detailed information on this superb new member of the fleet closer to the official launch date, including an impressive interior from the boards of Sinot Exclusive Yacht Design.