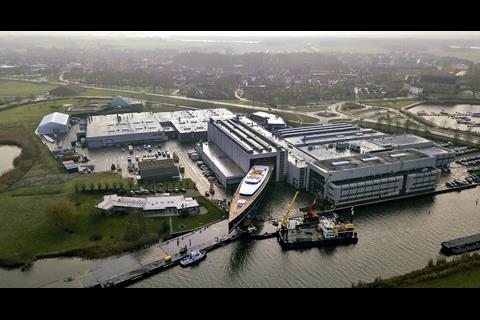 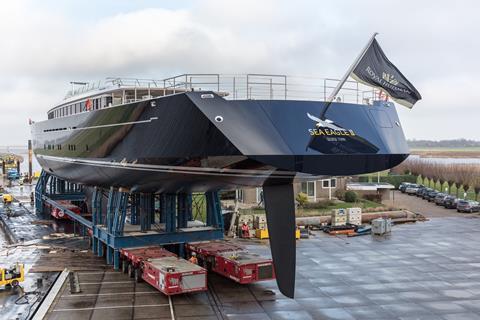 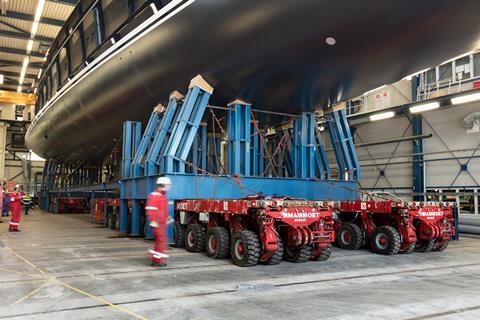 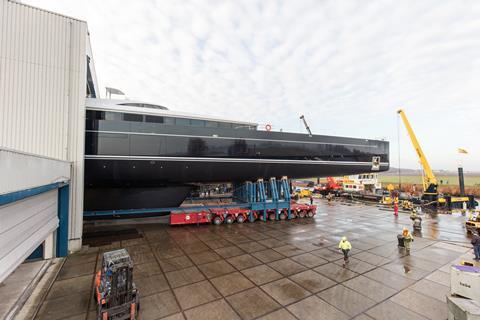 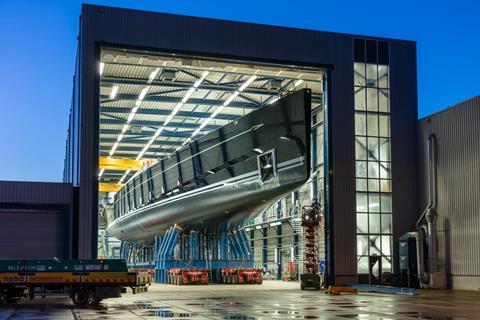 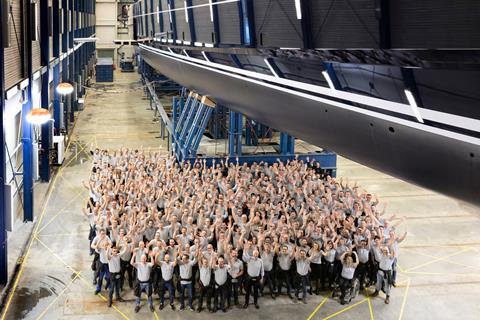 Royal Huisman has kicked off the new year in impressive fashion as its largest ever yacht - project 400 - SEA EAGLE II - spreads its wings and left the Royal Huisman shipyard in Vollenhove, The Netherlands, for the first time.

Commissioned by the Owner of SEA EAGLE (Royal Huisman, 2015, 43m (142ft), the 81m (266ft) contemporary three-masted schooner, designed by Dykstra Naval Architects and designer Mark Whiteley, is progressing on schedule; her carbon composite Rondal Panamax rig will be installed upon launch at Royal Huisman Amsterdam to ready her for sea trials and on-board crew training. With an imposing overall length and sturdy plumb bow - making her not only powerful but recognizable all over the world - SEA EAGLE II will be ranked among the top 10 of the world’s largest sailing yachts. Upon delivery to her owner this spring, SEA EAGLE II will be the world’s largest aluminium sailing yacht.

In 2019 Royal Huisman and Huisfit had in total 21 yachts being built or undergoing refits.