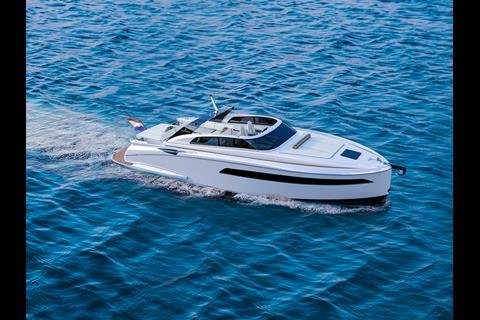 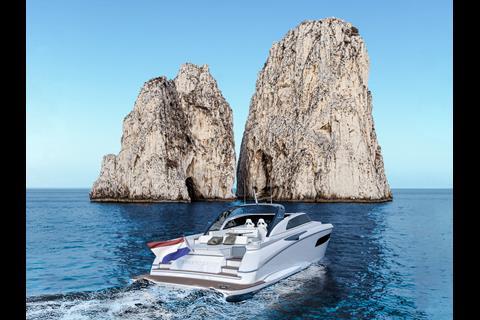 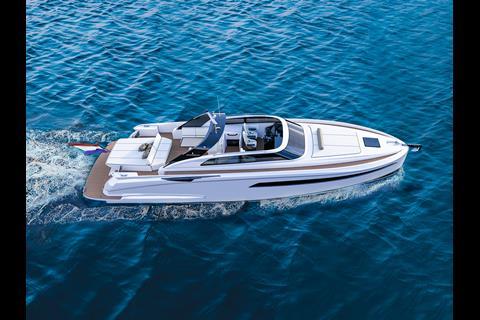 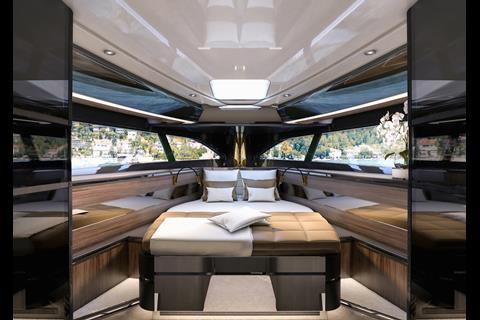 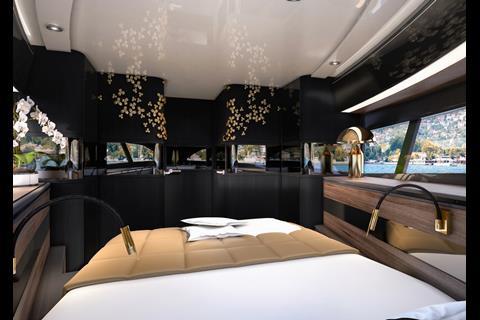 New Dutch yacht brand Sichterman, which launched of its first boat, the Inveni (18m), in May, has announced a second addition to its fleet, the Libertas (15m), the first model of which has been sold and will be delivered to its owner in April 2020.

The Libertas was developed in 2018 by Van Oossanen Naval Architects who came up with two versions of planing yacht allowing the Libertas to be used as a dayboa, with a saloon inaide the hull, or a limousine tender, enabling guest to sit in comfort onboard.

The Libertas has a different hull shape from other Sichterman vessels released so far, being specifically designed for high-speed rathing than cruising comfort. Sichterman says however the hull can and will be implemented on larger Sichterman yachts in the future.

With an average speed, the 15m can take its passengers as far as 500 nautical miles

During construction, special consideration was given to the integration of the Volvo Penta IPS system in order to optimize speed, allow for ease of handling and maximum maneuverability. With the optimized hull lines by Van Oossanen, the Libertas is able to achieve speeds up to 40 knots with two IPS 950 installed.

Sichterman also says its new Libertas is unique in offering significant range capalities. With an average speed, the 15m can take its passengers as far as 500 nautical miles. Which means that it can sail from Monaco to Ibiza, or from Capri to Sardinia and back, on one full tank. Safety and comfort are ensured by Seakeeper technology, which eliminates boat roll, and gangways that provide a safe way to the front deck. Sichterman partner Cor D. Rover is reponsible for the styling.

Sichterman - the name derives from 18th century Dutch VOC merchant Jan Albert Sichtermanhas – has sold four yachts to date. Along witht he first Libertas, they comprise the Certus (16m, 54ft) and Felicitatem (20m, 65ft), both of which are in build at its yard in Workum, Friesland, and the inaugural Inveni (18m) launch that is now with a Russian owner.

In July the builder announced a new interior program that it claims enables it to build yachts considerably faster than its competitors at a set price.