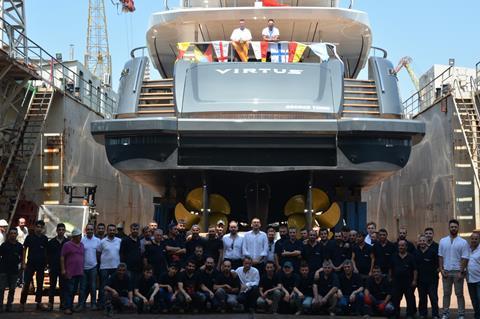 The yacht has a steel hull and aluminium superstructure, and was built in cooperation with Ginton Naval Architects.

Interior and exterior design are from Italy-based VYD Studio.

Virtus is Mengi Yay’s second-largest motoryacht after the 45m Aquarius. It was built to RINA (Registro Italiano Navale) classification society rules and recently picked up an International Yacht & Aviation Award in the ’Concept Over 40m’ categorgy.

Accommodation is provided for up to 10 people in one master suite and four guest cabins. The yacht has another four crew cabins. 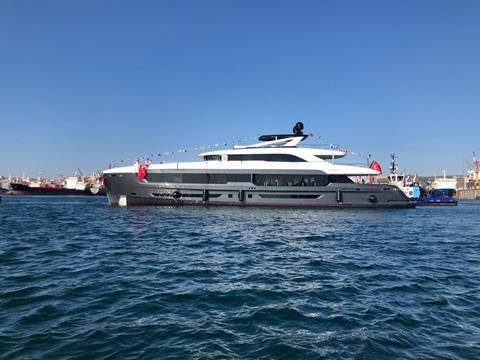 Virtus will appear at the Monaco Yacht Show in September

Virtus will stay in Pendik Marina until September 16 for sea trials and final fit-out. It will then be presented at the 2019 Monaco Yacht Show from September 25-28.