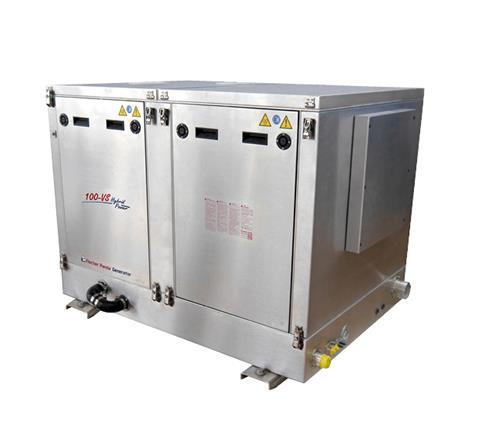 Fischer Panda’s VS Series of variable speed hybrid DC generators for electric propulsion come in various output voltages up to a current of 300A and an output power of up to 100kW. They enable either silent electric cruising powered from the battery bank alone or hybrid cruising using the batteries and the variable speed DC generator as a range extender.

When using batteries only, the battery-charging status, as well as the remaining drive time, are also displayed.